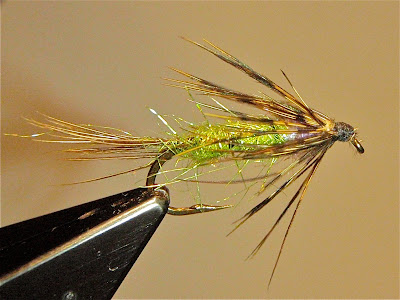 My seven year old son William tied some wet flies for panfish with odds and ends lying on the desk as I tied up a bunch of "hot butt" pheasant tail nymphs.  I am very impressed with his tying.  He managed to turn out three flies all on different sized hooks that looked identical, a feat I still have trouble mastering sometimes.  I helped him out from time to time but for the most part he tied these on his own.
He proudly showed the flies to his mother and announced he is going into business selling flies.  I love his company name but I think his five dollar a piece price tag was a little steep!  It will be the best fifteen dollars I ever spent if he keeps his interest in fly tying.

These flies should tear up the bluegill and crappie next spring, hell I bet they would do a number on trout if they were scaled down in size.
3 comments
Labels: fly tying, patterns, wet fly 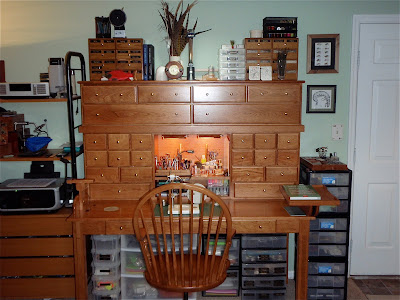 I finally have my new fly tying area set up.  I picked up the desk on Monday and spent the week getting things in order.  I still have a lot of material that won't fit in the desk itself so I am going to save my pennies for a Stoney Creek Concord Corner Hutch.   Then I can get rid of all those plastic boxes and store the rest of my material in style. 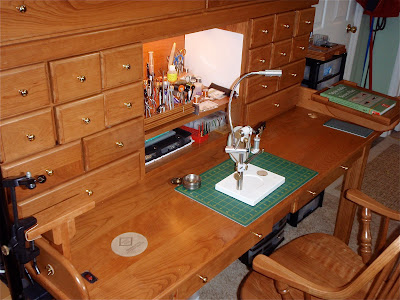 The desk is 60" long and is designed so two tiers can work side by side.  This is the main reason I decided to go with this style desk.  My son William has taken an interest in fly tying and we can work side by side very comfortably.  He is putting out some pretty good looking flies and he is only seven years old!  We spent a few hours tying this evening I turned out a dozen "hot butt" pheasant tail nymphs and he tied a fly he calls the Panfish Slayer with the odds and ends lying on the desk.
0 comments
Labels: fly tying 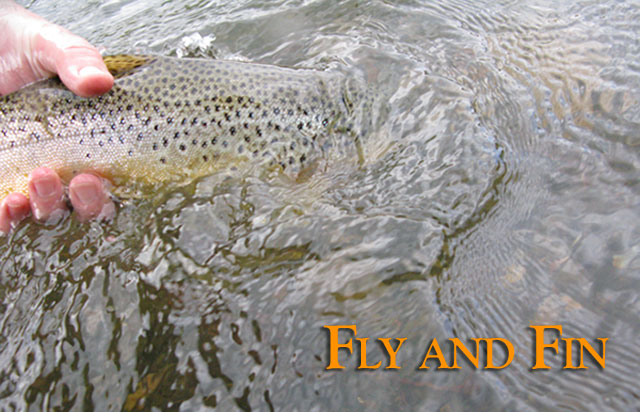 A friend of mine just started a fly tying blog. I look forward reading his posts.
0 comments
Labels: rambling

The new fly tying desk is in the house!

My buddy Lou and I spent six hours in a van, driving through heavy rain to pick up the new fly tying desk. The ride out to Carlisle, Pennsylvania was uneventful and the we got the desk into the house safe and sound. This is one well made piece of furniture! It weighed a ton! Stoney Creek manufactures an excellent product. It's all together except for the top hutch. It will take two people to get it into place and it was way too heavy for my wife to lift. I'll have to put that piece on later in the week when I can get someone stronger to give me a hand. I'll post some pics when I get it all together. I'm pretty stoked and can't wait to put it to use but it will probably take me a few days to sort and reorganize my material. I could not believe how much stuff was stashed in my old roll top desk. Over the weekend I purchased two hare's masks thinking I recently used my last one. I found four of them when I cleaned out that desk!
0 comments

This is a video from Tenkara USA that illustrates the method used to tie the flies shown in the previous post. The fly tying segment starts around the two minute mark. Very simple pattern to tie. 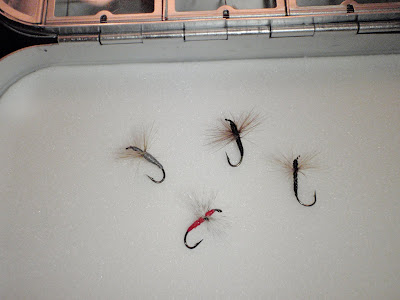 A good friend sent me this picture of some traditional Tenkara dry flies he tied.  Boy, they don't get any simpler than this.  Two materials, thread and hackle.  I find the forward slanted hackle very interesting too.  As soon as the new desk gets squared away I'm going to tie up a bunch.
0 comments
Labels: fly tying, tenkara

The new desk is finished!

I just received word that my new fly tying desk from Stoney Creek is finished.  Hopefully I can arrange for delivery or pick up this week.  Now the real work begins...emptying out the old desk and clearing a space for the new furniture.  Now would be a good time to reorganize my materials.  After too many late night sessions, with a few too many bourbons, the desk looks like a small animal was blown up on top of it.
0 comments
Labels: fly tying

This looks to be an excellent reference for Czech/Slovak fly patterns.  Only problem is I can't find it offered by any US based book dealers.  The exchange rate right now to buy it overseas puts it out of range.  I have read a few reviews on the book and it looks promising.  I am sold on the effectiveness of these techniques and flies.  It also appears to include some streamers and dry fly patterns as well.  I will be keeping my eye out for this book, hopefully it will show up in the states soon.  If anyone knows of a good source for this book drop me a line...
1 comments
Labels: books

Last night at a board meeting for Central Jersey Trout Unlimited a friend and I were explaining the Tenkara method of fly fishing and showing off the equipment (rods, lines, flies, etc) to our fellow board members.  A debate quickly surfaced... is Tenkara considered fly fishing.  Obviously my friend and I were on the yes side of the debate but there were a surprising number of people who did not consider it fly fishing.  Was it the lack of a reel, the method of presentation, the unorthodox (to them) equipment?  Many arguments were made both for and against but in the end no one changed their opinion.  Some of us considered it fly fishing at its roots, fly fishing simplified...just rod line and flies.  The others did not know what to call it, but they would not call it fly fishing.
5 comments
Labels: rambling, tenkara 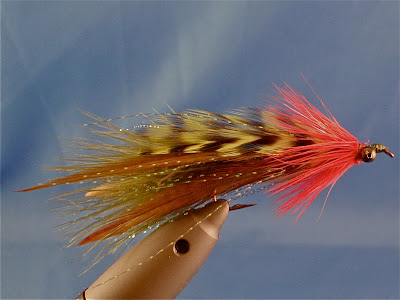 This was a new streamer for me this past fall.  It proved to be a very effective pattern for brown trout in the later part of the season.  I just finished tying up a dozen to restock the streamer box for next year.

2009 was a good year, hoping 2010 brings more of the same.  Health , wealth and prosperity to all...
0 comments
Newer Posts Older Posts Home
Subscribe to: Posts (Atom)