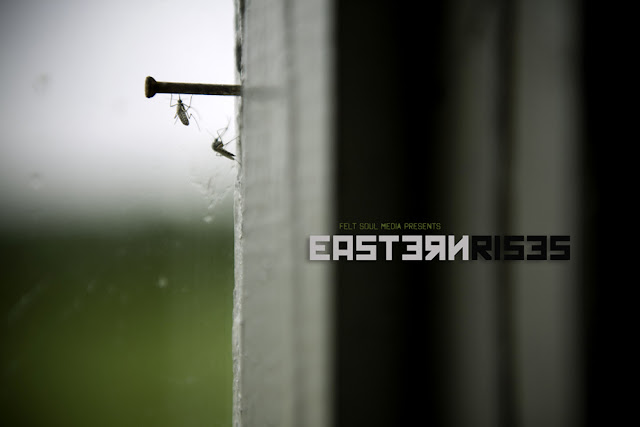 When I was at the IFTD a few weeks ago I was treated to a viewing of this movie during the Drake fly fishing film awards. Eastern Rises by Felt Soul Media is soon to be a classic fly fishing film.  I was blown away by the visual aspects of the film.  I mention only visual aspects because I had a hard time hearing in the crowded bar where it was shown.  As soon as I arrived home I tracked down a copy for myself.  The review below sums up the movie better that I can.  This one is a must for any fishing DVD collection.


"The Kamchatka peninsula in the Russian Far East may as well be at the end of the earth. Its enormous, wild landscape is threaded with rivers, swimming with massive mouse-eating trout and swarming with bugs and bears. In other words, this place is the Holy Grail for truly obsessed, halfway insane fly fishermen. In this gorgeous film, fishing is poetry; Bigfoot lurks in the fog; and fishermen risk life and limb in decommissioned Cold War helicopters to explore rivers that have never been fished before.


Felt Soul partnered with The Fly Shop to document this epic fly fishing journey to remote Russia. Ben Knight and Travis Rummel continue to set the bar for filmmakers working in this genre. Ryan Peterson and Frank Smethurst get a thumbs up from El Pescador for their roles in the film. The rainbow trout, super kundzha char, and bears (real and pretend) get a thumbs up too."

One of the products at the IFTD this year that really intrigued me was the transparent floating line produced by Monic Fly Lines.  The folks at Monic were kind enough to give me an all weather transparent floating 6wt line that quickly found its way on to an empty reel.  I am looking forward to trying out this line.  I had it out on the lawn today and it cast great.  This should be just the ticket for the still waters I fish.  I have been fishing a clear intermediate line and often yearned for a clear floating line.  I yearn no more!  I'll report more on this line when I actually get a chance to get it wet!

It's been a few years since I attended this show.  I have some mixed feelings on this year's event.  Overall I think it was a good event for most of the vendors.  Everyone I spoke to said they were having a successful show.  For me the show was lacking some of the excitement of past years and some of the big names in the industry were noticeably absent.  However it was great to meet some fellow bloggers and catch up with some old friends.  The Drake film awards were an absolute blast and I am excited about some of the new products being released in the near future.  Overall I'll call it a success and look for some improvements next summer in the Big Easy.  Hopefully whatever differences exist with this industry can be worked out by then and we can all get back on track.

Look for additional posts on the happenings at the IFTD over the next few days.
0 comments
Labels: IFTD show 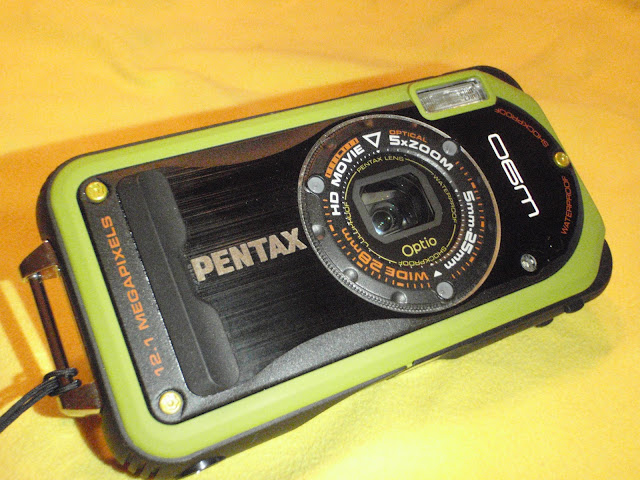 Several weeks ago I spent an evening tying flies with my good friend Lou (of the Fly and Fin Blog).  As we were tying, he was snapping away with his camera taking pictures of the flies being tied that night.  I remarked that I liked his camera, a comment that was overheard by my lovely bride.  Several days later I received a surprise.  A Pentax W90 camera of my own.

As I have mentioned in previous posts, I struggle with photography.  I am in constant awe of the photography work of other bloggers.  I will never rise to that level, but I strive to at least provide photography that will add a visual element to the written words.

Friends of mine have made a lot of jokes at my expense for all of the cameras I have dropped, sunk or otherwise ruined. I have owned several "tough" cameras over the years.  A camera has to be drop proof, crush proof and most importantly waterproof to work for me.   I have used several Olympus models, my latest being a Stylus Tough 8000.  It is a fine camera, but I find it slippery as a fish when wet and the controls tiny and difficult to operate with my sausage shaped fingers.

The Pentax W90 may not have all the bells and whistles of the Olympus, and may not survive a nuclear detonation but it will definitely replace the Stylus as my official fishing/blogging camera.  This shock proof/waterproof  camera has a rubber like coating which provides plenty of grip even when wet.  It's rounded edges fit comfortable in my hand.  The controls are simple and accessible even for my fat old fingers and it weighs in a few ounces lighter.  The final bonuses are the 2.5 cm macro the 28mm wide angle lens and HD movie capability.

I have not used the camera enough to make a definitive comparison of image quality between the two cameras, but I am more than satisfied with the pictures taken to date.  I think I am going to like this one.
1 comments
Labels: photography, product review

I'll be heading out to Denver this afternoon to attend the IFTD (International Fly Tackle Dealer) show.  I looking forward to bringing back the scoop on the latest and greatest in the fly fishing industry.  This is a great show which I have attended several times in the past.  I am excited to have the opportunity to participate in it again.  Look for some interesting posts upon my return.
1 comments
Labels: IFTD show 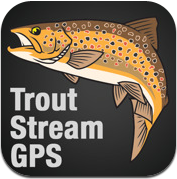 If your an iPhone user this may interest you.  There is a "free" app called Trout Stream GPS available for the iPhone that allows you do download maps of popular trout streams.  These maps work in conjunction with the unit's GPS function and allows you to mark waypoints on the water as well as identify preloaded way points such as particular pools and runs as well as established parking areas and access points.  I mention the word "free" because although the app itself is free each map will run you $4.99

I am planning a trip to Connecticut's Farmington River this fall so I downloaded a map of this river.  I'm pretty impressed, not only will it give you info on the water way itself but it will identifies area campgrounds and lodging, boat launches, bridge crossings, nearby cities and towns, as well as streams, rivers, lakes and ponds in the area.  It also identifies areas that have special regulations which I find very helpful when I am visiting new water.  Select any of these waypoints or one that you created and the software will provide turn by turn driving directions to the location.
0 comments
Labels: fishing software, iPhone

The Jersey Angler will be heading to Denver for the IFTD

Things finally came together for the International Fly Tackle Dealer Show in Denver this week. I'll be heading out with my good friend Lou from the Fly and Fin blog. We are looking forward to trip and hopefully making some contacts for a new business venture we are planning. Its been a couple years since my last trip to the show so I am looking forward to seeing some old friends and meeting some new ones. 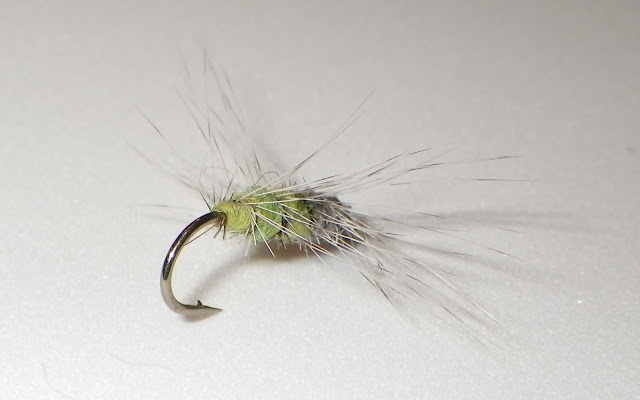 I came across this pattern in the 2009 summer issue of Fly Life magazine which is a fly fishing magazine hailing from Tasmania.  The magazine covers fresh and salt water fly fishing in New Zealand and Australia.  This simple pattern looks nothing like an emerging caddis pupa to my eye, but the fish have a different view of things.  This pattern is designed to fish just under the film.  To fish this pattern correctly you apply a little floatant to the tips of the hackle only, being careful not to get any on the dubbed body or the pattern will float to high.  I will admit that it can be a difficult pattern to track in broken water but it is a very effective pattern.  I have only been fishing it for a season but it has worked very well.  I have kept it close to the vest but its time to let the cat out of the bag.   Tie up a few and give them a try.

Lock the door...Earl's a knocking 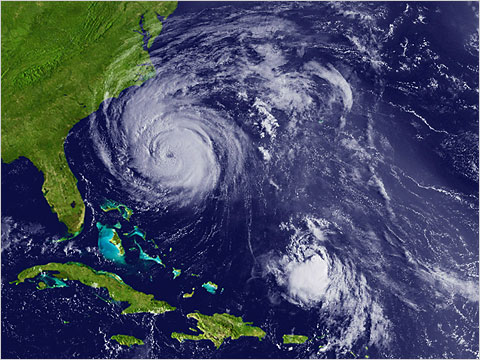 I was planning on this weekend being my first outing for trout in New Jersey since June.  Cooler evenings have made early morning outings now possible.  However this uninvited guest may cause me to rethink my plans.  It looks like NJ is going to dodge the bullet on this one but we are still under a tropical storm warning that will bring wind and rain.  Earl's not spending the night so the weather will be clear Saturday morning but the rivers may be feeling the effects of the rain (which we desperately need). I'm gonna keep a weather eye on the horizon and see what happens.
1 comments
Labels: weather

Showing off the new fishing shirt 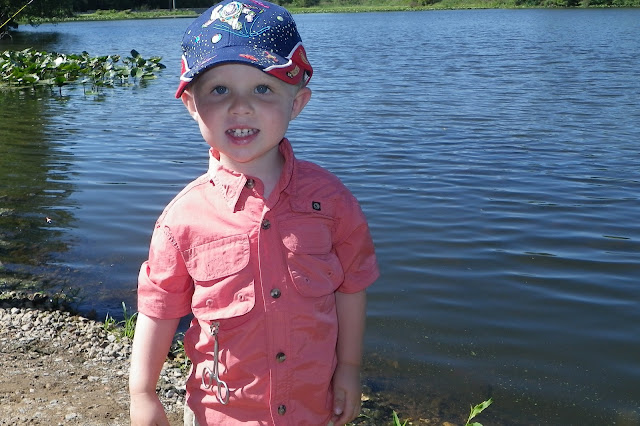 My youngest is quite proud of his new fishing shirt.  He refuses to let me take the forceps off the pocket!
1 comments
Labels: kids

I was able to sneak away for a few hours yesterday evening.  A two minute drive put me on the water.  No camera, I just fished...bluegills, crappie, and a few smallish bass.  A handfull of flies, a spool of tippet, nippers and hemostats, simple fishing.  A perfect way to enjoy the last few hours of the day.
0 comments
Labels: warm-water
Newer Posts Older Posts Home
Subscribe to: Posts (Atom)