A week ago I was concerned about a hurricane ruining my Florida vacation and now I am worried about this same storm trashing my house while I'm away. The storm missed us entirely here in Florida but is now bearing down on my home state of New Jersey. Return flights have been canceled and when we finally arrive home there will likely be property damage and power outages to deal with. However, there is a silver lining in every dark cloud, I just managed to book an extra day of bass fishing. So while Irene is kicking New Jersey's ass I'll be tossing flies in the Florida sun! I just hope my house still has a roof on it when I get home! 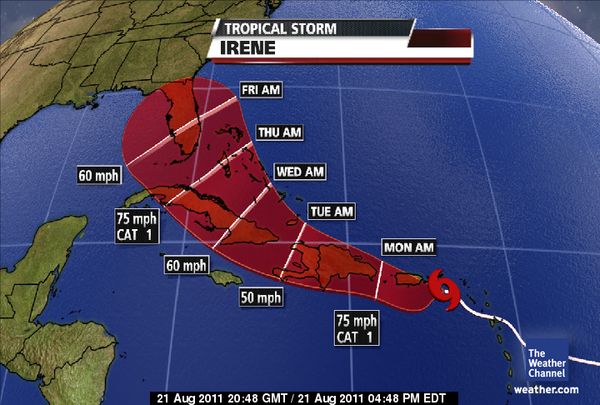 My bags are packed and I'm leaving for Florida tomorrow.   I was hoping to try out my Sage Bass Series fly rod on some Florida strain largemouth.  I have been very pleased with the rod's performance and it's ability to cast large bushy flies into the wind, but this may be a little tough.
1 comments
Labels: weather 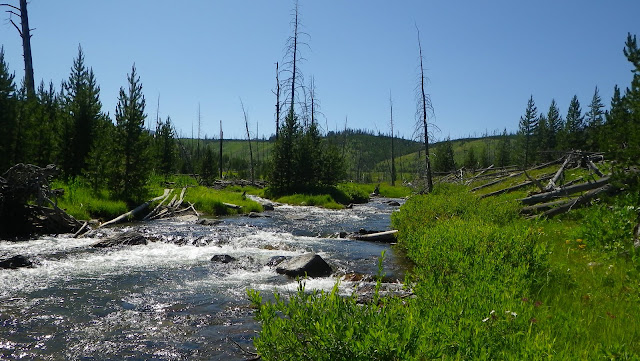 During my recent trip to the Yellowstone area we spent an afternoon on a small, off the beaten track, piece of water. A short hike, of a few miles, rewarded us with a day of great dry fly fishing. This particular stream was loaded with brook trout. Every piece of holding water held one or more fish. In reality, it did matter where you cast as the fish seemed to be everywhere! The numbers added up quickly, as we worked our way up stream casting flies to fishy looking water. 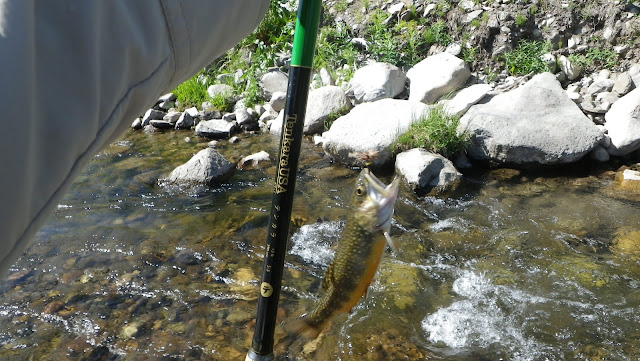 I started fished with conventional fly gear but quickly switched over to Tenkara as the water was perfectly suited for it. Once I changed over to Tenkara the fish came even quicker. Tenkara is THE PERFECT technique for fishing dry flies on small waters. 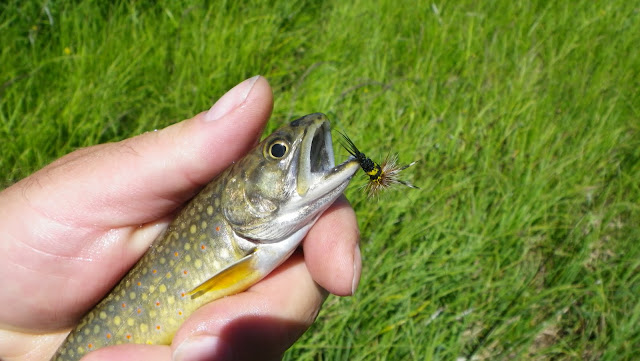 Fly selection was simple, a deer hair bee pattern was the only fly needed on that day. These little brook trout were not selective, which was a nice change of pace from the maddening, match the hatch scenario on the Henry's Fork the night before. 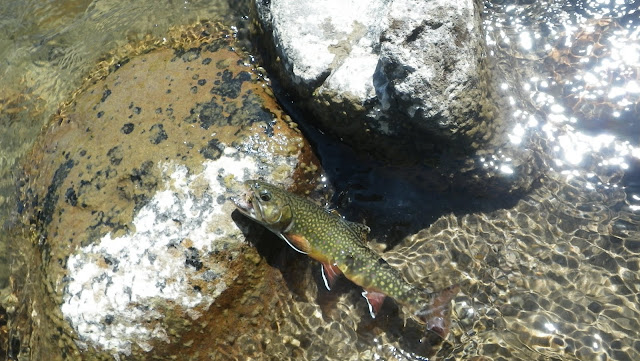 The fish were small but they were numerous. Most were little hand sized brook trout with a few 11 or 12 inch fish in the better water. I had a refusal from a 14" fish late in the day. That fish would have been a trophy for this water. 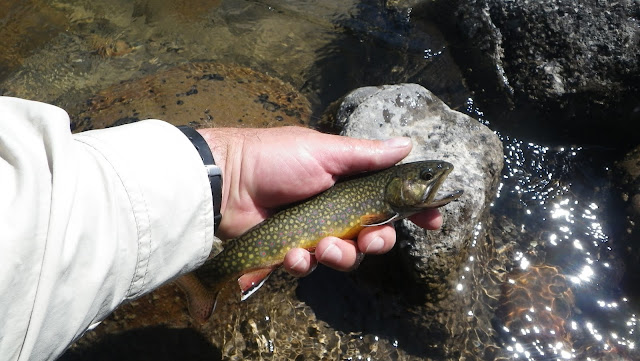 As we were packing up for the hike out we encountered a young grizzly. Things became tense for a few moments when instead of fleeing he rapidly closed the distance between us to about 25-30 yards. He then paced back an forth a few times before finally circling off to our right and slipping out of sight over a hill. I managed to get a few crappy photos. Manipulating a small point and shoot camera and bear spray simultaneously with two shaking hands is no easy task! 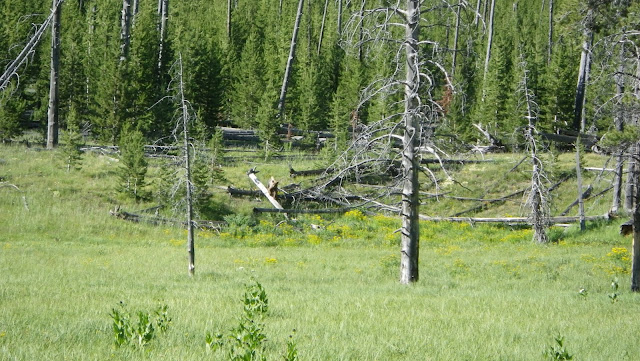 Unfortunately, when the bear finally left us, he left in the direction of the trail home. When I zoomed in to take this last picture of the bear disappearing over the hill, I hoped it would be the last we saw if him...it wasn't. We crossed paths with him two more times on the way home, luckily he had no interest in us during those encounters. 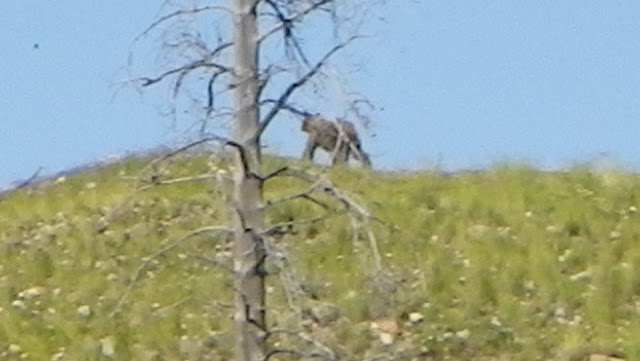 Brookies and bears in the backcountry! A wild experience in the place these magnificent creatures, both large and small, call home!

- Posted using BlogPress from my iPad