Yesterday, I mentioned the upcoming Fly Fishing show in Somerset NJ. Following the show on Friday night, the International Fly Fishing Film Festival will be showing this year's short and feature length films produced by filmmakers from around the world that capture the passion, lifestyle and culture of fly fishing. These film festivals are a blast and I highly recommend them!  Click on the logo to the left for more information and to buy advance tickets.
0 comments
Labels: film festival, fly show

If you find yourself in the tri-state area this weekend you will want to make it out to the Fly Fishing Show at the Garden State Exhibit Center located at 50 Atrium Drive, Somerset, New Jersey 08873.  This show is the largest of its kind in the country.  You will actually find it hard to take it all in in one day! 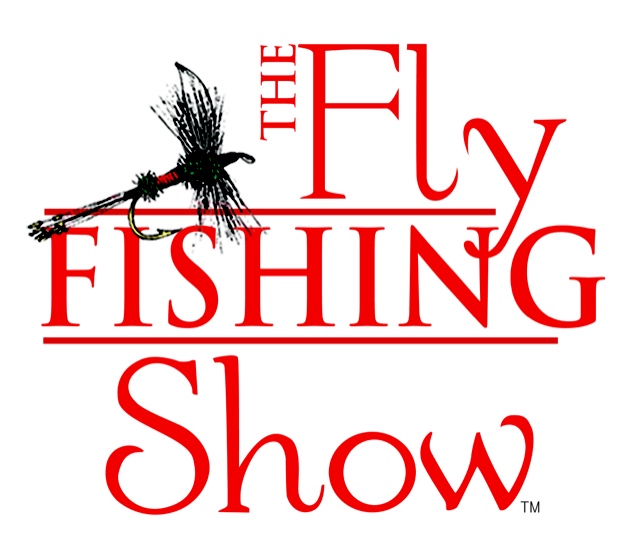 I was introduced to this simple pattern in Grand Lake Stream, Maine.  In the Pine Tree General Store, next to the cash register in a plastic cup, was a half a dozen of these flies.  The gal at the counter informed me that the local landlocked salmon population went crazy over this fly.  I was skeptical to say the least, but I wanted to be polite so I snatched up three and added them to my small pile of Barnes Specials and other traditional New England feather winged streamers I picked from their fly bins.

Throughout the week, every time I opened my fly box to select another streamer, this goofy little fly caught my attention.  It was so unlike the other streamer patterns that had proven themselves on this stream.  The more I looked at this fly, the more I felt I was duped by the young lady at the cash register.  No worries, I could always use them back home to catch bluegills.

One afternoon, the landlocked salmon developed a severe case of lock jaw.  Nothing I threw at them would elicit a strike.  When I opened my streamer box for the umpteenth time that day, the golden retriever fell out.  I managed to snatch it out of the air before it hit the water.  With the fly now in my hand I figured “what the hell”, so I tied it on.  Once the fly was wet, the first thing I noticed was the red underbody that shining through the golden yellow Estaz body.  This went un-noticed when I first purchased the flies.  The fly definitely had a different look when it was wet.   I was intrigued.

Within a few casts I was tight to a scrappy 17” salmon.  Then another and another…  What started as a pretty crappy afternoon of fishing turned into one of my best days on the river.  This versatile fly caught fish dead drifted or retrieved, fished like a nymph or a streamer.  I found it performed best when fished like a streamer with an active retrieve.  However,  I caught fish dead drifting the pattern as well.

By the day's end, I had lost two flies and the last one, still tied to my leader, was a shell of its former self.  On the way back to the cabin I stopped by the General Store just as they were closing, but to my dismay the little plastic cup by the cash register was empty.  I took the battered fly back to the cabin and carefully dissected it.  The fly could not be easier to tie.  Hook, lead under body, gold bead, marabou tail, red thread and Estaz, thats it!

When I returned home I quickly tied up a dozen for my next trip up north.  Not wanting to wait until my next trip to Maine I used them on my local waters.  Trout ate them up and many a farm pond crappie fell to its charms.  When I tried to research the origins of the fly I was not surprised to learn that it appears to have been developed by several different tiers in different parts of the country but most sources point to a tier by the name of Jim Finn.  The pattern is also tied with other colors of Estaz including white, pink, peach, and root beer, but the red thread remains the same.

Cold weather fly fishing for bluegills and other sunfish is often a tough proposition.  Fish leave their shallow water haunts and will typically move to deeper water near structure to find the most comfortable temperature.  As many an ice fisherman will attest to, they do continue to feed throughout the winter months, but not with the same voracity that they do during warmer weather.  Bluegills will move into shallow water on clear warmer days if the sun can warm the water temperature by a few degrees.  Most of the time however it will be a deepwater game.  The good news is if you find one fish you likely to catch others in very close proximity.  In cold water bluegills will gather in dense schools, often with other fish species.

Presentations need to be slow and takes may be difficult to detect.   I have the best success with small streamers, nymphs, soft hackles and wet flies.  Soft hackles probably account for more fish due to the alluring movement of the feathers during the painfully slow retrieves.

Cover as much water as possible, searching for fish.  Once you detect a strike or catch a fish, thoroughly fish that area.  Once you locate a single fish you are likely to connect with more in the immediate area.  Experiment with the speed and depth of your retrieve until you dial in on an effective presentation.

To be honest,  I much prefer fishing for bluegills during the warm weather of spring and summer (notice the lack of fish pictures in this post).  But when a mild winter day comes along and there is open water to fish,  it beats sitting around the house suffering from cabin fever.
0 comments
Labels: bluegills, warm-water, winter fishing

We are seeing the first snowfall of the year in my part of New Jersey.  A perfect time to get working on restocking fly boxes for the upcoming season.

Winter Edition of a Tight Loop 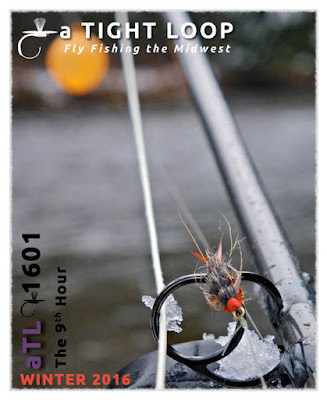 As I mentioned in a previous post, New Jersey has been experiencing a very mild winter.  Normally by this time of year we are in full winter fishing mode.  Days on the water are limited to the few days when the daytime temps creep above freezing and the river is free of ice.  This year we are still seeing water temperatures in the mid to high forties even hitting fifty degrees on some days.  Over the Christmas season we regularly saw daytime temperatures near seventy degrees!  In a nutshell, what this means is the fishing has been better than normal.  Higher water temps mean more active, feeding fish.

This fall and continuing into early winter, one of my go to patterns have been Beatis imitations commonly known as Blue Wing Olives.  These patterns have been producing far longer into the year than normal.  Typically this time of year the only insects we are likely to see are midges.  With all this mild weather I am continuing to see regular Baetis activity, particulary on overcast days.
Although there has been some surface activity, most of my fish have been coming below the film fishing nymph and emerger patterns.  I'm sure all this will finally come to an end with the cooler temperatures in the forecast, but it was good while it lasted.

I'll leave you with an example of one of the Beatis nymph patterns that produced very well in recent weeks.  I discovered the pattern years ago while fishing the San Juan River in New Mexico.  I liberated it from the jaw of a large rainbow trout, took it home, duplicated it on my vise and have been using it ever since.

Legs:  Fibers from thorax spit and tied to the sides

After a very long hiatus the Jersey Angler is coming back.  I now have the time to give the blog the attention it needs.   I'm looking forward to writing and posting again as well as redesigning the blog to give it a new look.  I'll be rebuilding things from the ground up but I will likely keep the old posts around for a while.   We have had an incredibly mild winter here in the Northeast and if the trend continues there will be plenty of posts on winter fishing.  So look for more posts in the near future, there will probably be some activity here before the new blog goes live.
0 comments
Newer Posts Older Posts Home
Subscribe to: Posts (Atom)