until September that is.  Trout fishing in New Jersey is winding down for me until the fall.  I personally don't fish for trout in most waters around here during the summer months.  I give the trout a break once we start seeing daytime temperature spikes hiting the seventy degree mark.  Lately the trend here has been morning temps in the mid to high sixties and by mid day you could see some places hitting or exceeding the seventy degree mark.  So there will be some traveling involved when it comes to trout fishing over the next few months, which is not a bad thing.  There will be two weeks in Montana in July, a few day trips to Pennsylvania and maybe a long weekend in New England.  Local trips will be limited to warm and saltwater venues, again not a bad thing.

My last trip of the spring season found the river high and off colored which has been the norm this year.  So it was a nymphing game and the golden stone nymph continued to produce well. 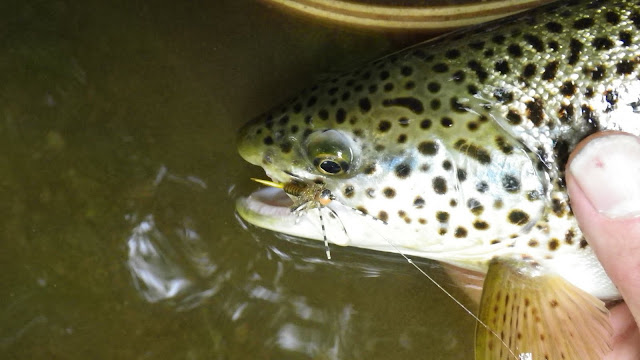 It was a mixed bag of brookies, browns and rainbows.  A nice way to wrap things up until fall.

It is great to see these small native fish in the river.  If you encounter a fish smaller than 9 inches around here you looking at a native fish.  This little brook trout likely was flushed out of one of the tributaries that feed this river, but there are plenty of similar sized browns found throughout this section of water which is great to see. 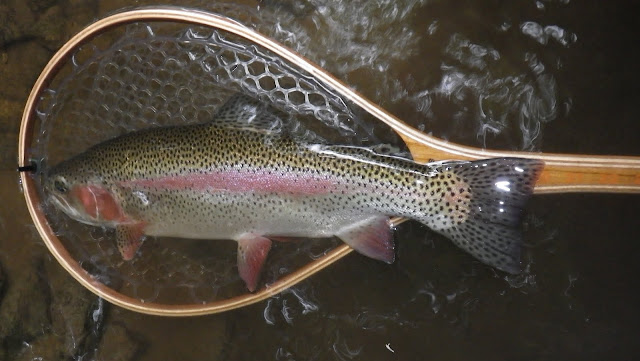 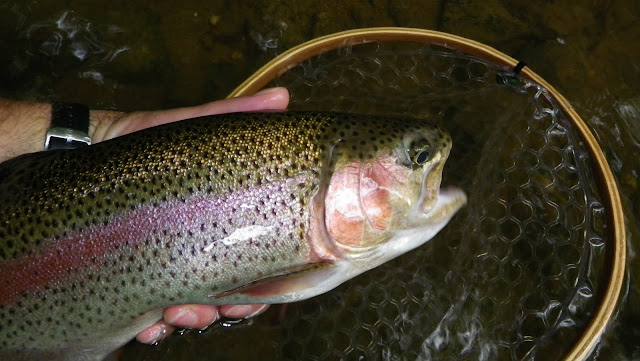 Not all of the fish were small, these two rainbows stretched the tape past the 20 inch mark.  They were in prime shape. 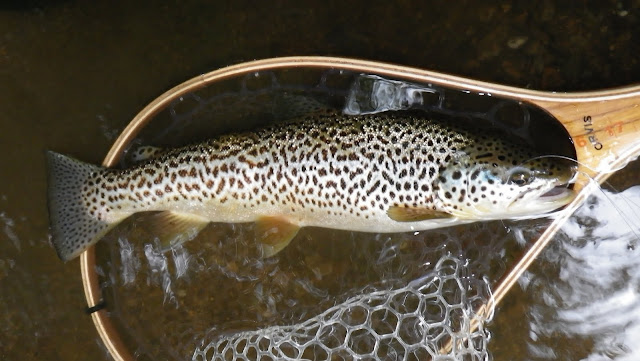 The next trout you see on this blog will likey be from somewhere other than New Jersey...until September that is!
Labels: fly fishing